Selladoor Worldwide is a company of enthusiastic theatre makers whose primary mission is to bring high quality live theatre to the widest, most diverse, possible audience. The company built itself from the ground up and has an infrastructure, along with a passionate and highly skilled team, who cover all components of making performance possible.

The Artistic remit of the company is broad, allowing the company to be versatile and daring, as well as responsive to the changing landscape of the sector. Under the artistic leadership of David Hutchinson, the company produces a balanced season of work that includes musicals, plays and family shows, by both established artists and emerging talent.

Selladoor also has a dedicated development team who scout out new work, artists, writers and creatives to keep the companies approach to making theatre dynamic and fresh. Each projects receives the same rigorous artistic development program to ensure high quality work for audiences across the world. 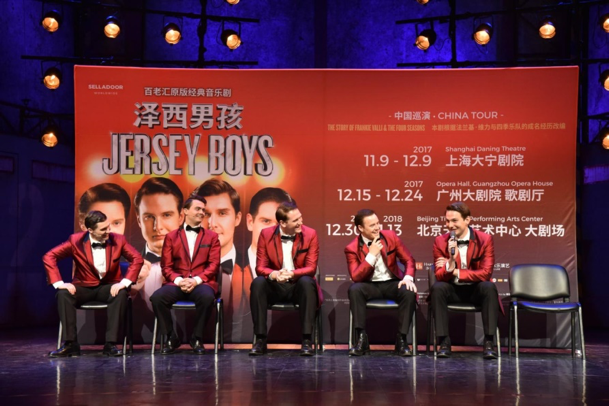 So far, Selladoor has toured to 12 overseas territories, including leading venues such as the Dubai Opera House, Shanghai Culture Square, Singapore Esplanade, Hong Kong Lyric and Daegu Opera House (Korea). The company has three operational offices, the HQ in London, Selladoor North America based in New York City, and Selladoor Asia Pacific based in Bangkok. The foothold in these exciting marketplaces allows Selladoor to develop long term relationships with local promoters, artists, venues and creatives; spanning their work across the globe.

In addition to this, Selladoor runs an annual Young Writers Programme, in association with the Royal Borough of Greenwich Council, offering 15 young aspiring writers, aged between 16-24, the opportunity to learn how to develop stage scripts and musicals with the support of industry experts, with no cost to participate. The hope is to nuture the next generation of writing talent.

Selladoor Worldwide is committed to productions that appeal and attract to a new audience that don’t regularly attend the theatre. Developing audiences, and future ‘core’ members of the theatre community, is vital in making theatre accessible and reinforcing its importance as an artistic platform. Selladoor prides itself on its first time attender rate nationally, especially as it acts as a litmus test in achieving the company's overriding aim of engaging with first time attendees. 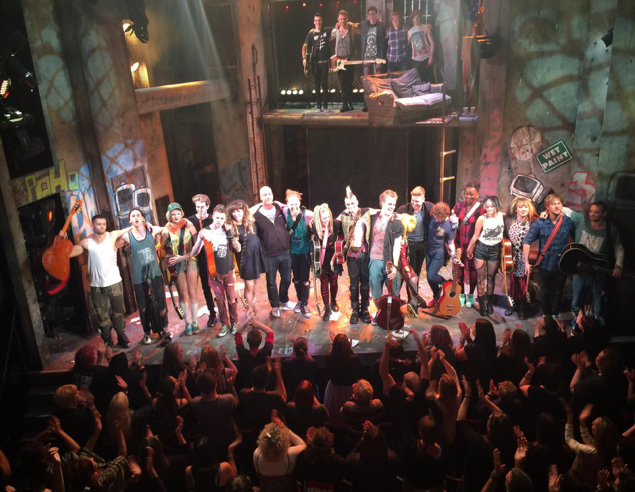 In particular, Selladoor works closely to engage Young Adults (16 to 25 year olds) with the theatre by addressing the demographic throughout the production process. From programming and marketing, to engaging and facilitating, Selladoor aim to promote the value of live theatre to young people.

Many of the creatives and artists who Selladoor work with are emerging, fresh, voices, both on and off the stage. The work produced is broad, and aims to appeal to a wide audience, with at least one production a year involving a major outreach and education programme.

Selladoor understand that the commitment to creating theatre that appeals to young adults is an ambitious and difficult objective. There are many physical, cultural and economic barriers that deter young people from attending live theatre, but by working with partners and promoters to identify barriers, they are able to strategically plan how to remove them so everyone can enjoy the work.

To coincide with this, Selladoor develop robust and ambitious audience development plans and maintain an ongoing dialogue with the communities and theatres productions visit. By continuing to make relevant, accessible and recognisable work to young audiences, Selladoor aim to develop a new audience for the mid to large scale touring market. 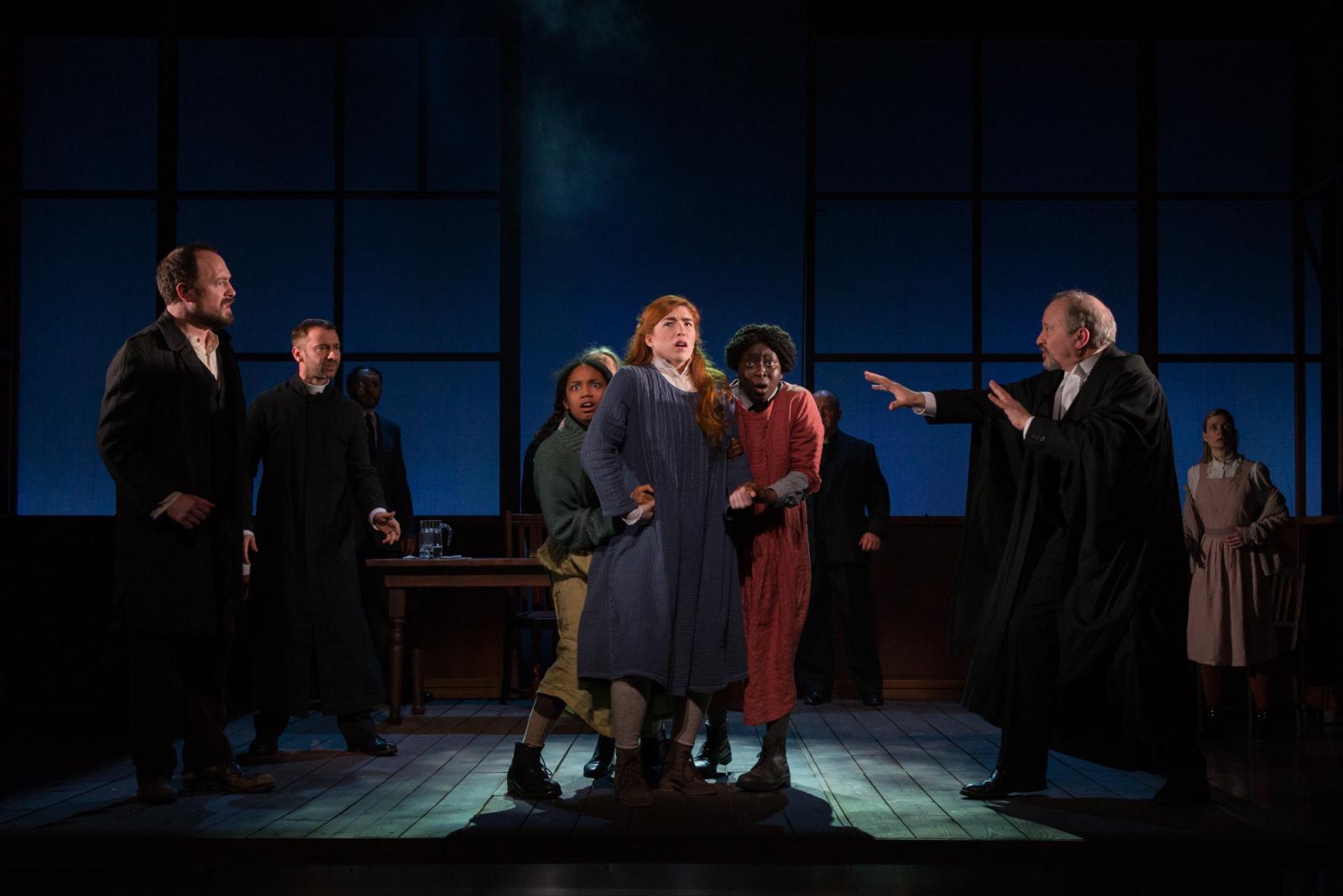 “Diverse, daring and dynamic all come together in our mantra.” For an art form that transcends across many backgrounds, countries and religions, albeit in different forms, Selladoor understands that the theatre sector in the UK is not as diverse or representative as it should be. Selladoor hope to change this, remaining committed to creatingd diverse work for a diverse audience.

Selladoor recognises the need to diversify audiences, and reach out to the smaller, more rural, communities in the UK. By actively working with artists of different ethnicties, genders, and beliefs, and through careful artistic planning, they aim to create work that appeals to minority communities, creating work that brings together audiences for an enthralling, includive, theatrical experience.

Selladoor is an equal opportunities employer and believes firmly in working with the very best in their field inclusive of sexual orientation, ethnicity, religion, background and disabilities. They regularly conduct monitoring reports when recruiting new part time and full time staff in order to evaluate how robust our equal opportunity policies are.

Selladoor is at the forefront of using digital technology to reach audiences. They have a considerable social media following, with 30,000 followers across their two accounts @HRProducers and @Sell_A_Door and have thousands of fans on Facebook, allowing them to raise awareness about the work they do in a free, accessible and inclusive forum. 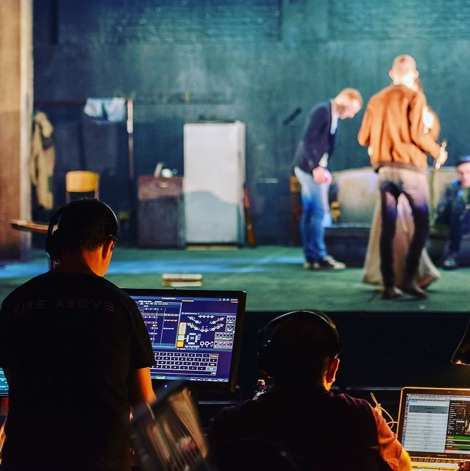 Artistically, and within the work they present, Selladoor want to go further in their digital innovation, sticking true to their ethos of putting audiences at the centre of the work. They have previously used social media to determine plotlines, to aid in the design of programme cover artwork and to engage on an educational level with fictional characters from their productions. Social and online media offers instant and direct engagement so Selladoor are continuously developing new and exciting ways to reach audiences through campaings and competitions such as their 'Tweet from Your Seat' campaign that puts the audience in the critic seat for a chance to win tickets to a production. By encouraging direct communication with patrons and encouraging interaction on all digital platforms they hope to hear the feedback from audiences loud and clear.

Selladoor's educational partners, Media Matters Education Consultancy, have been using digital technology to enhance creativity in Scottish schools for 20 years. Working in partnership, they plan to use that expertise to communicate with primary schools, secondary schools and schools for pupils with additional needs, as they did during their production of Kidnapped in 2014.

Selladoor also work with partners Total Theatre to create video content, trailers and online material enabling them to increase their reach and engage new audiences with the use of videography, vox pops and live recording.