Dance like you’ve never danced before! Flashdance The Musical tells the inspiring and unforgettable story of 18 year old Alex, a welder by day and ‘flashdancer’ by night, who dreams of going to the prestigious Shipley Dance Academy and becoming a professional dancer. When a romance complicates her ambitions, she harnesses it to drive her dream.

Based on the Paramount Pictures film (Screenplay by Tom Hedley and Joe Eszterhas, story by Tom Hedley) Flashdance is an inspiring musical about the power of holding onto your dreams and love against all the odds. Prepare to be blown away with an astonishing musical spectacle and phenomenal choreography to this iconic score including the smash hit Maniac, Manhunt, Gloria, I Love Rock & Roll and the sensational title track Flashdance -What a Feeling.

Based on the classic movie Monty Python and the Holy Grail, this is lowbrow comedy of the highest order. Gags involve coconuts, a Trojan rabbit, French people and a song called The Song That Goes Like This.

Winner of three Tony Awards, including the Tony Award for Best Musical of the 2004–2005 season and received 14 Tony Award nominations.

Financially crippled from a string of Broadway flops, producer Max Bialystock recruits a shy accountant by the name of Leo Bloom with a plan to scam Broadway like never before. Conjuring up a fool proof plan to produce the worst show ever, Springtime For Hitler, and then run away with the millions, their plan is thrown off course as it becomes a smash hit sensation.

Based on Mel Brooks’ much loved Academy Award-winning movie, The Producers has won a record-breaking 12 Tony Awards and 3 Olivier Awards and has been a Broadway and West End smash hit sensation.

Dominating the airwaves worldwide, Franke Valli & The Four Seasons’ perfect harmonies were unlike anything anyone had ever heard but their relationships off-stage were anything but perfect. Discover the story that has made these Jersey Boys an international sensation all over again. Featuring the hits: December 1963 (Oh What A Night), Can’t Take My Eyes Off You, Sherry, Walk Like A Man, Bye Bye Baby, Big Girls Don’t Cry and many more. You know the songs. Now discover their story.

Of Mice And Men

A powerful story about friendship and holding on to your dreams. Set in the trying times of the Great Depression, Of Mice And Men is a powerful portrait of the American spirit and a heartbreaking testament to the bonds of friendship and what it means to be human.

This landmark play by the Nobel Prize winner John Steinbeck is the story of George and Lennie, two migrant ranch workers, who dream of owning their own ranch. Still relevant to modern times this is a moving story about trying to hold on to your dreams and friendships during difficult times.

Guess How Much I Love You

Join Little & Big Nutbrown Hare, from the bestselling Guess How Much I Love You and I Love You All Year Round collection, as they leap off the page and onto the stage in this magical journey through the seasons. Watch Little & Big Nutbrown Hare settle down after a bedtime story and re-awaken to discover the delights and colours of each season as they compete to measure their love for each other in this timeless loveable story.

Explore this playful story of love and nature as it unfolds on stage through puppets, live music and interactive play for children aged 3 and up.

Kick off your Sunday shoes and cut loose as the explosive rock ‘n’ roll musical sensation Footloose bursts on to the UK stage in a remastered show sure to get your toes tapping. Based on the 1980s hit film that took the world by storm,

Footloose The Musical sizzles with the same spirit of youth, rebellion and romance. City boy Ren thinks his life is over when he is forced to move to Bomont, an American rural backwater. But things are far worse than he could have ever imagined, as the town bans dancing.It isn’t long before Ren can’t resist breaking the rules, and he’s not alone.

The Quite Remarkable Adventures of the Owl & the Pussycat

This fantastically imaginative new musical adaptation of Eric Idle’s best-selling book is a celebration of nonsense, and is sure to enthral and delight children aged 6+, their families and anyone with a sense of fun and wonder.

The Glebe Street bunch have featured in the classic DC Thomson comic strips in The Sunday Post since 1936 and this production celebrates them on their 80th anniversary! Award-winning Scottish playwright Rob Drummond brings the infamous characters Granpaw, Paw and Maw Broon, Hen and Joe, Daphne, Maggie, Horace, the Twins and the Bairn to life in a production filled with laughs, love and comic-strip visuals, all set to a Scottish soundtrack.

This charming cult classic is a kooky and hilarious 1950s musical. Seymour Krelborn, the assistant at Mushnik’s Flower Shop in downtrodden Skid Row, becomes an overnight sensation when he discovers a strange and exotic plant. He names it Audrey Two in order to impress glamorous Audrey, the colleague he’s secretly in love with. With music by the legendary Alan Menken, best known for his numerous Walt Disney film scores, Little Shop of Horrors is a cult film and one of the longest running off-Broadway shows of all time.

James and the Giant Peach

Roald Dahl’s classic tale follows the adventurous, young James and his friends – Miss Spider, Old-Green-Grasshopper, Centipede, Ladybird and Earthworm. Beginning at the end of the story, like all great tales do, James and his friends are living in the giant peach stone in Central Park, New York, but the real story lies in how they got there, all the way from the White Cliffs of Dover. 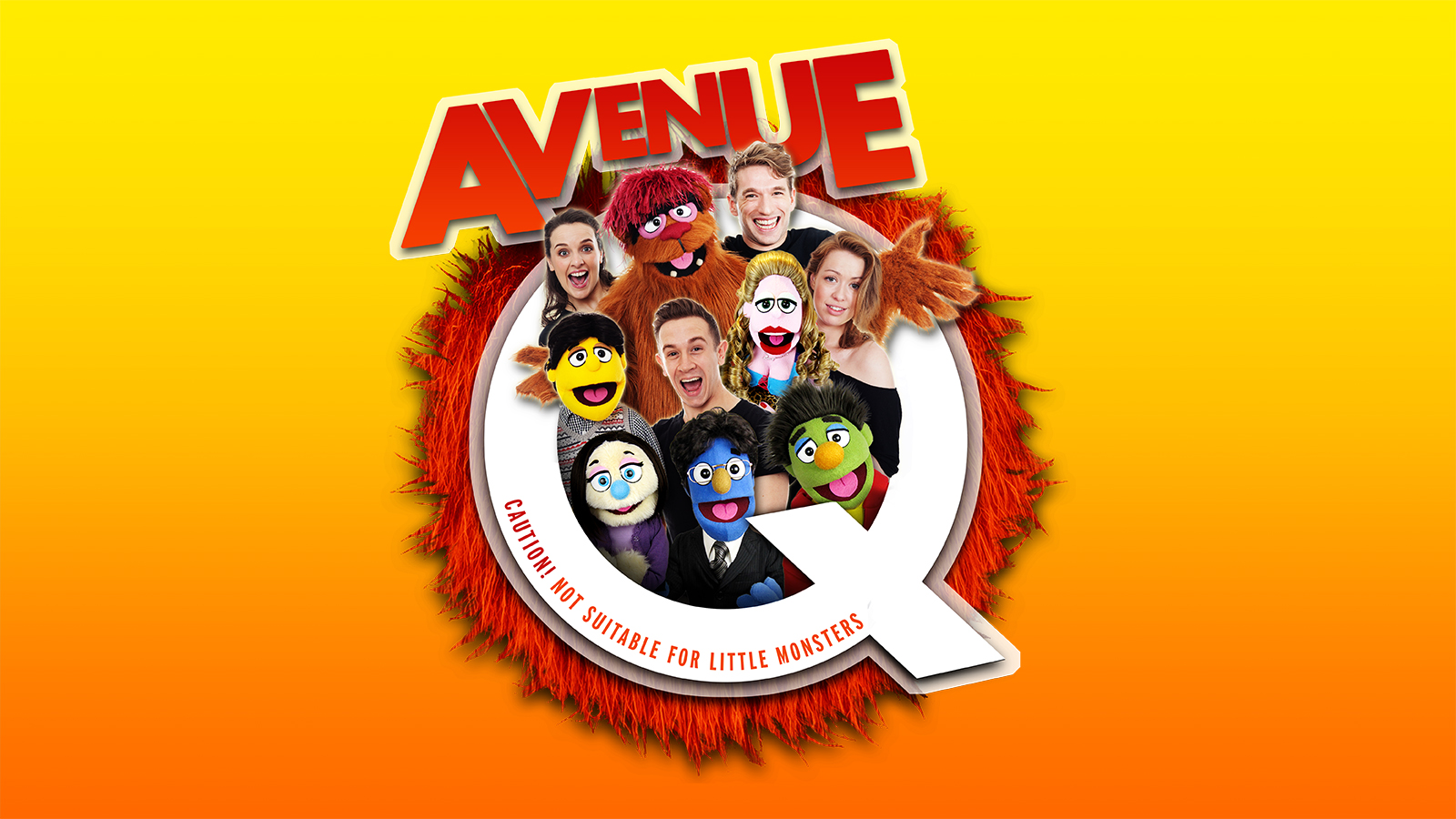 Avenue Q is a laugh-out-loud musical that tells the story of a recent college graduate named Princeton who moves into a shabby New York apartment all the way out on Avenue Q. There, he meets Kate (the girl next door), Rod (the Republican), Trekkie (the internet sexpert), Lucy The Slut and other colourful types who help Princeton finally discover his true purpose in life!